I was watching Cocoon again and what an extraordinary experience it was. It’s all there (note, there are spoilers in this blog post if you have not seen the film). 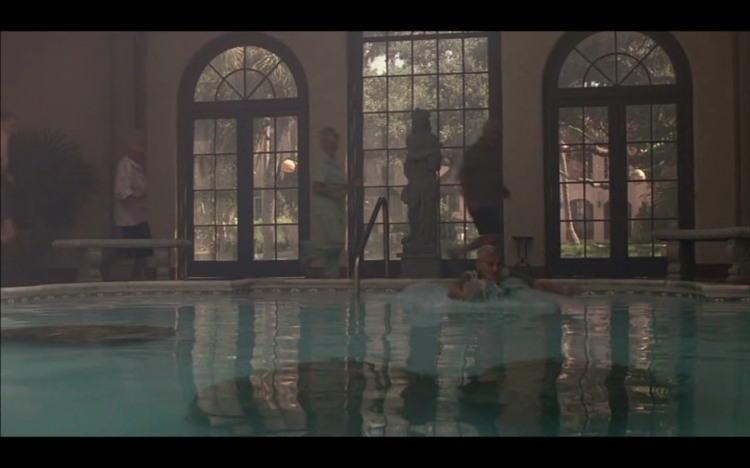 When I first watched this film in the 80’s as a teenager I knew something was up. Was it something about Brian Dennehy waltzing around in that blue suit with a twinkle in his eye ? And then there it was; something I had missed in the 80’s. Dennehy’s character Walter expresses relief that the pool he hires does not have a pool attendant … “they always use too much of that chlorine“, as he says. Bingo ! Busted ! Jumping Jeezuses on pogo sticks ! This film is about LIVE WATER and it has been all along you cunning fellows you (don’t kill you water !). 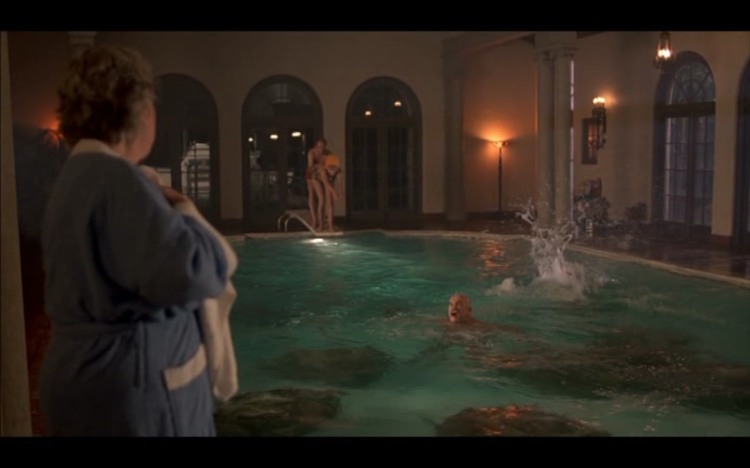 Water is a living being and it has to be treated kindly. Like many other “alternative” therapies and Sciences, Live Water is still probably regarded as something of a myth, but the simple truth of the matter is that it is rejuvenating just as is shown in the film. The fundamental principles are clear about why water is alive. This is understood. It is not New Age Mysticism as I have been brainwashed into thinking it as being. That is just the kind of ignorant hatred of life that actually puts poison (chlorine) in the water. Possibly one of the most heinous criminal acts ever to have been perpetrated against the human race.

In Cocoon all the elements are there. A moment with gravity at the end. A geometric form that even has electricity coming out of it is closely related to the beings that have a fundamental connection with water.

Their understanding of the Physics of the water is represented by the machine (computer) that they have with them … probably a frequency tuner of some variety.

The fundamental connection with life is represented by the Dolphins, hilariously, jumping out of the water to exclaim various things in Dolphin language at some funny key moments.

The scene with the Wilford Brimley character Ben who stands fishing with his Grandson, has an obvious symbolism that I almost missed. Barret Oliver plays David who is standing there with a rainbow t-shirt on. 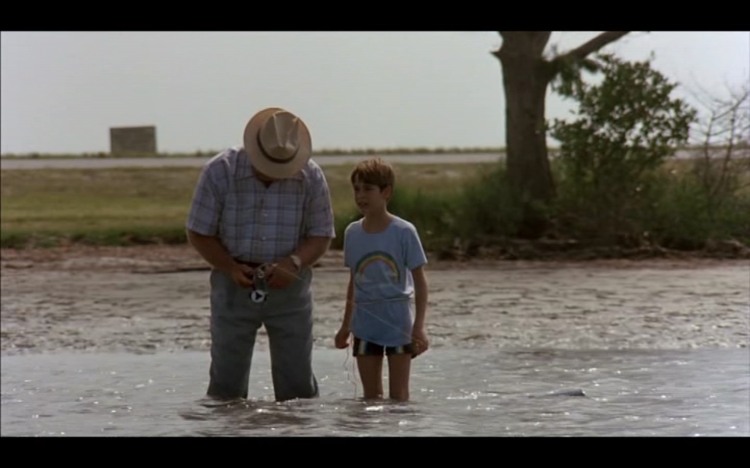 Don’t tell anyone OK ? There is. This Gold will make you immortal in biological terms; rejuvenation. The Gold represents the fundamental principles of frequency (the rainbow colours), fractal organisation (recursion) and the conjugation (combining) and heterodyning of all the correct elements that creates gravity/love; The Fifth Element. So listen to your Grandmothers old sayings because she’s trying to tell you something!  … you betcha she is !

The scenes in the pool with the sharing of energies is of course a representation of the Human Aura. As are the Shining One’s (Antarians) … 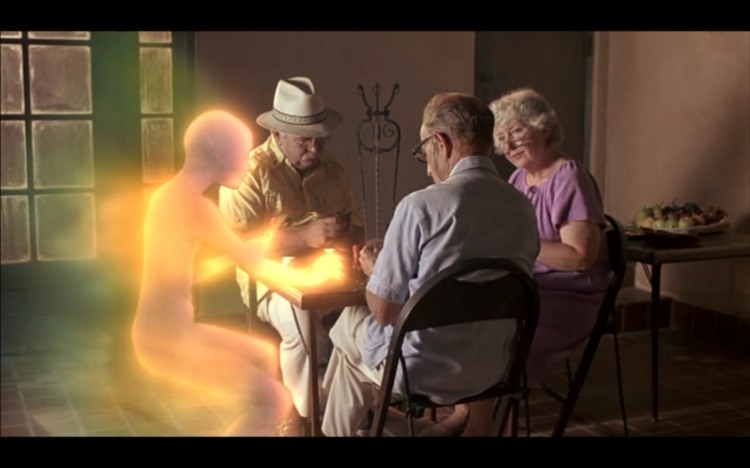 The Antarians throw off their skins (probably holographic environment suits) and reveal what is hidden underneath. All very allegorical of course, climaxing in the scene with Walter (Brian Dennehy) pulling down his eye lid to reveal a flash of light … talk about a huge wink in everyone’s direction ! I seem to be the product of a huge outreach campaign !

We then move on to the hilarious scene with Jack (Steve Guttenberg) running around his boat in a panic. He can hardly believe it. Does he represent us when we find out the truth ? Anyway, I won’t spoil things too much for potential Cocoon popcorn poppers.

The bottom line is that all those things that we’ve been taught “can’t be true” … are. We never have to give up our childhood knowledge of the truth; because of course we already know when we are born as a child because we’ve come from that truth.

Watch this film again if you’ve forgotten it and fight to make Living Water a right for everyone.

"... Suppression and spinning of negative data and ghostwriting have emerged as tools to help manage medical journal publications to best suit product sales, while disease mongering and market segmentation of physicians are also used to efficiently maximize profits. We propose that while evidence-based medicine is a noble ideal, marketing-based medicine is the current reality."

or Keep updated via Email